← Quick Tip: Using the “like” feature in IBM Connections for more than just liking a file
Latest Gartner Magic Quadrant report on Social Software for Business →

Witness to a Murder (of crows)

Taking a diversion from the usual technology-related topic to share a bit of what most people will never see,  Sunday morning, 5:30 AM, the first day of Fall, 2014.  My internal alarm clock wakes me up. It is still quite dark outside.  Charlie, our rooster hasn’t even woken up yet.  That reminds me of something I have wanted to do for a long time: watch the large flock of birds by UW Bothell leave their roost.  Would there ever be a better day to do it than today?  Probably not.  So I got up, grabbed the camera and tripod and headed over to the bike trail by the UW Bothell campus.

I got there by 6:00 AM.  The air was mild and very calm.  It was still dark enough that the dark side of the New Moon with a brighter thin crescent edge was visible to the east, looking out over the roosting area. 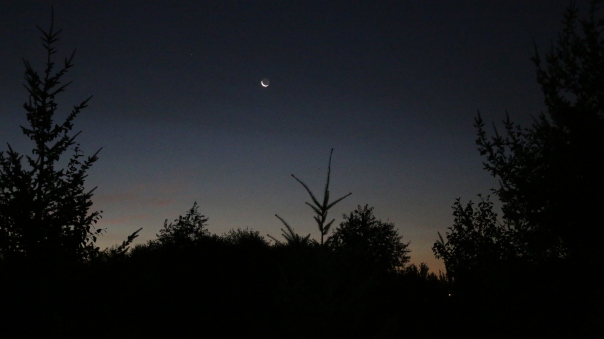 I set up my camera and waited.  It wasn’t long before the first birds start to fly, around 6:10 AM.  It started off slow at first, but very quickly the sky was full of them – A Murder of many thousands of Crows!
I was able to capture the sunrise as they left their roost in rivers of birds flying out to greet the world.  I noticed that they don’t just fly out in all directions.  Instead, they follow flight paths as if Air Traffic Control were giving them instructions.  The stream of birds went on for over 30 minutes.  Since it was early on a Sunday morning, the traffic noise from the highway was quiet.  The result is a very peaceful, almost meditational video.  I can imagine leaving the video playing on one of my computer monitors for a calm white-noise effect to offset the chimes of meeting reminders and email alerts while I work. It is recorded in HD, so it’s worth watching in full screen.

The Bothell crows make up a murder of many thousands of crows that roost every night at the 58 acre wetlands restoration site sandwiched between I-405, Hwy 522, and the University of Washington-Bothell campus.

The restoration project was started 12 years ago.  This is what it looked like back then: 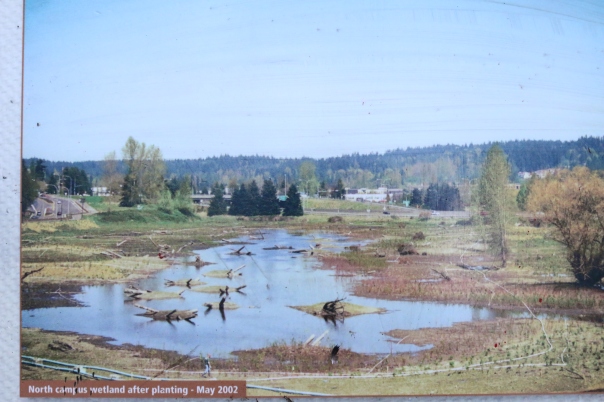 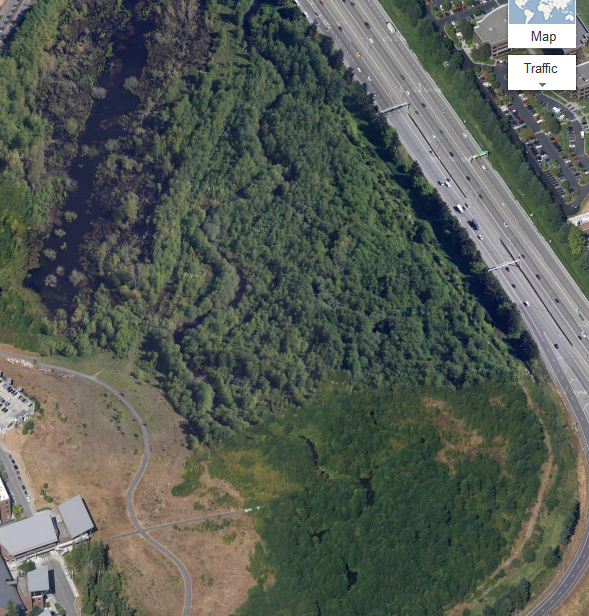 You can learn more about this flock of crows  at the UW website.
And their Facebook page.
You can also get a better idea of just how large this murder is from this footage of them gathering again at the end of the day.